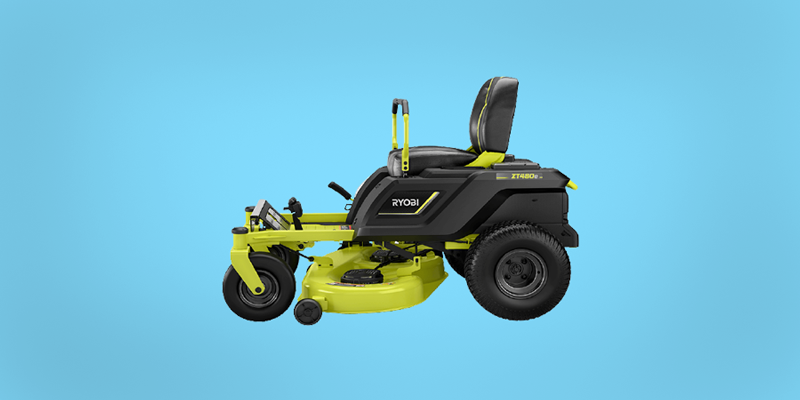 A lawnmower is a blessing and a curse at the same time. With the ease that it provides the world with, it sometimes causes inconvenience too. Sometimes the problem is with its components, and other times it is with the function of these components. Though there are solutions available for these problems, their build-up in the machine can cause an issue of a lifetime. The most common problems lawnmower users are reported to suffer from are knocking sounds from the engine, mower not starting, mower stopping in the middle of work, smoke coming out of the exhaust, and the surging of the mower’s engine.

The engine is the most crucial component in a lawnmower, and thus it demands the most look after, and the slightest problem in it can cause the whole machine to malfunction. We need to keep it operating correctly and store the motor in a cool place. Spraying off debris and grass from the undercarriage is also recommended to keep the mower functioning properly.

Lawnmower Engine Surges When It Is At Full Throttle

But for that purpose, we need to learn the function of an engine and why it is recommended to use it at full throttle first.

The Function Of An Engine In A Lawnmower:

The lawnmower engine is similar to a car but a bit smaller and more manageable. The machine demands fresh fuel, fresh gas, and a proper working spark plug to function at its best. Therefore, we need to oil it properly and replace the spark plug and air filter if they serve faultily.

Pulling the pull cord starts the engine, sucking fuel and air through the carburetor. The carburetor is low maintenance but requires proper care. If we don’t clean it up often, the oil and the fuel will decompose, causing the carburetor to clog. A carburetor is responsible for mixing the right amount of air and fuel before entering the engine. The spark plug ignites this mixture, and for this purpose, it receives electricity from the flywheel. As the flywheel spins along with the machine, its magnets create a magnetic field by passing it over the ignition coil. This generates electricity and sends voltage to the spark plug. The flywheel serves as the cooling medium and provides momentum, so the engine rotates between the combustion cycles.

Igniting the mixture of air and fuel causes a controlled explosion that drives the piston down and rotates the crankshaft. It is pretty similar to the car’s engine, but the difference is that the rotation is transferred to the wheels in a vehicle. Still, the process moves directly into the cutting blade in a lawnmower. And with that, the mower begins cutting the turf.

The throttle is a part of the lawnmower’s engine that helps start the machine with the help of throttle cables, and its primary function is the regulation of the speed of the mower’s blades. The throttle also handles the governor while the machine is running. It has two valves, a choke butterfly valve, and another butterfly valve. Their function is to regulate the amount of air and fuel entering the mixtures of gases and combustion chamber, respectively.

Why Do We Use The Engine At Full Throttle?

Lawn equipment is designed to work at full throttle for the best output. When using the engine at full throttle, the cutting quality of the grass is better than the average working speed of the machine because the blades run faster at full throttle.

However, a throttle doesn’t directly control the engine’s speed but the rate at which the mower cuts the grass. The throttle settings regulate the amount of air that has to make its way into the air-fuel mixture resulting in a change in the speed of your engine. It is not responsible for controlling the speed of the mower but the engine’s speed. Thus, you need to keep your engine at full throttle as often as possible. Given below are some uses of making the engine run at full throttle:

The faster the engine runs, the faster the mover blades rotate. Such higher velocity makes the edges the clean cutter of the grass and makes the ground look smoother and neater.

2.) Lower Stress On The Engine:

The lawnmower is mapped out to work at a high velocity with more pressure. So, if you are making it settle for lesser than that, it results in undue strain and stress, causing tension on the engine and its parts.

3.) Poorly Recharged Rates And Life Span Of The Battery:

As the mower engine runs faster, it revives the battery and activates its ignition. Moreover, some engines recharge the battery until a certain level of RPMS is obtained, which needs high throttle.

When engines run on full throttle, they cause vibrations. Running an engine on less than the designed throttle and speed, different oscillations are observed, and severe shaking and jerks come out as a significant consequence which leads to the machine or engine failure.

5.) Usage Of The Mower To Lower Speed:

A common belief is that using a lawn-mover at low speed requires less fuel which is false. When you use your engine at half throttle, it causes the machine to be lugged, and instead, it employs more than the required fuel. Additionally, more fuel washes off the more lubricating oil of the engine, which shortens the life span of cylinders and pistons. Thereby causing the increased use of oil.

Operating the engine at full throttle means increasing the velocity of the cooling fan, which contributes to dropping the overall temperature. If it runs slower, the hydrostatic transmission that produces heat when in use will get overheated, followed by power loss, and eventually, your engine stops running. This is why the fan is required to cool down the transmission.

7.) Reducing The Risk Of Sinking In Wet And Heavy Grass:

When at full throttle, the blades spin super-fast, and thus the mower does not bog down in the middle of cutting heavily dense and damp grass.

The most common reason behind a surging mower is a blockage in the engine’s fuel supply. Other reasons include blocked gas line, faulty gas, faulty spark plug, dirty carburetor, and fault in governor control. At full throttle, the main carburetor jet supplies air and fuel to the engine, but if the plane blocks the machine, then no energy gets delivered. And without enough power, ignition won’t take place.

A lawnmower’s engine has a component, the throttle, that is in charge of the engine’s speed control and fuel consumption regulation. It is required to run your machines at full throttle for maximum output. But sometimes, the full performance of throttle can become a hindrance in working a mower’s engine. One such instance is when the lawnmower engine begins to surge when the engine is at full throttle.

When in work with the throttle, the engine lets air and fuel in through the carburetor, but if there is a faulty carburetor, the engine might not receive enough fuel or any fuel at all. And when the engine runs out of power or gas, it won’t be able to start the machine as there would be nothing for the spark plug to ignite, nor would there be any electricity generation. Thus when it full throttle, the engine does get highly benefitted, but there is one drawback with its over efficient working that is surging.

To fix this problem, you need to clean your carburetor and make it free from all sorts of dirt or debris or old fuel that might have been left inside it and has now clogged the carburetor preventing it from functioning correctly. If not the carburetor, you might need new and fresh oil to get your engine working correctly without surging or stopping in between mowing. 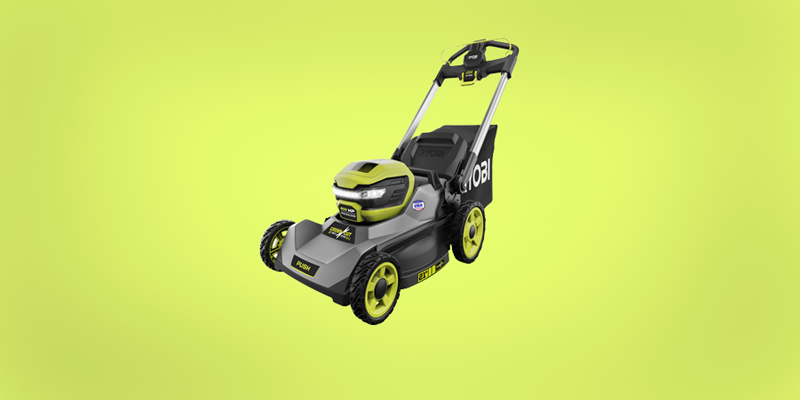 Does Lawn Mower Charge Battery: Something Crucial To Explore 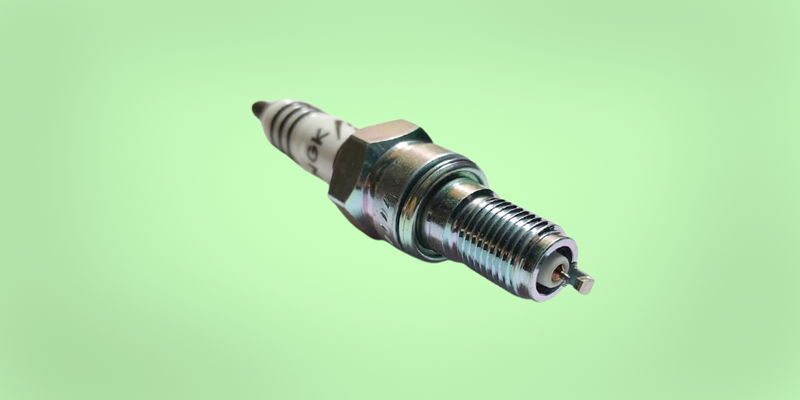 How to Tell if The Lawn Mower Spark Plug is Bad? 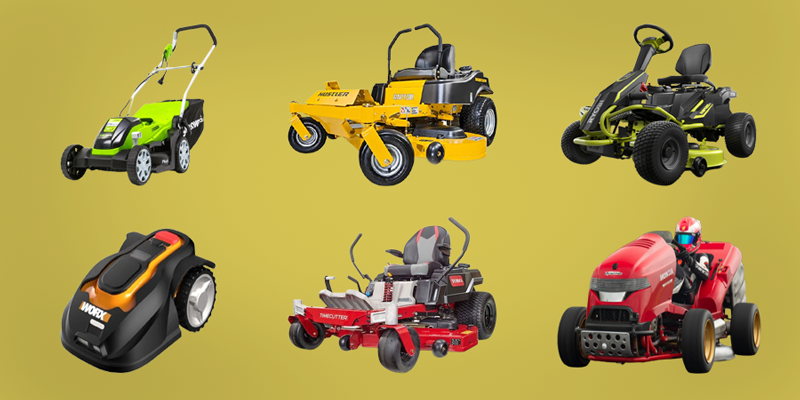 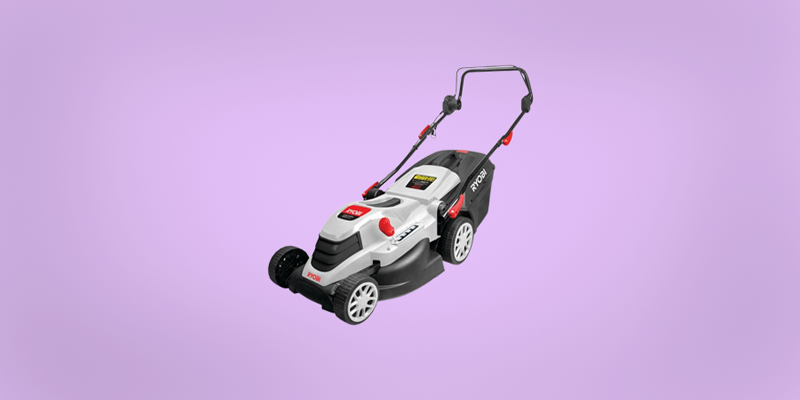